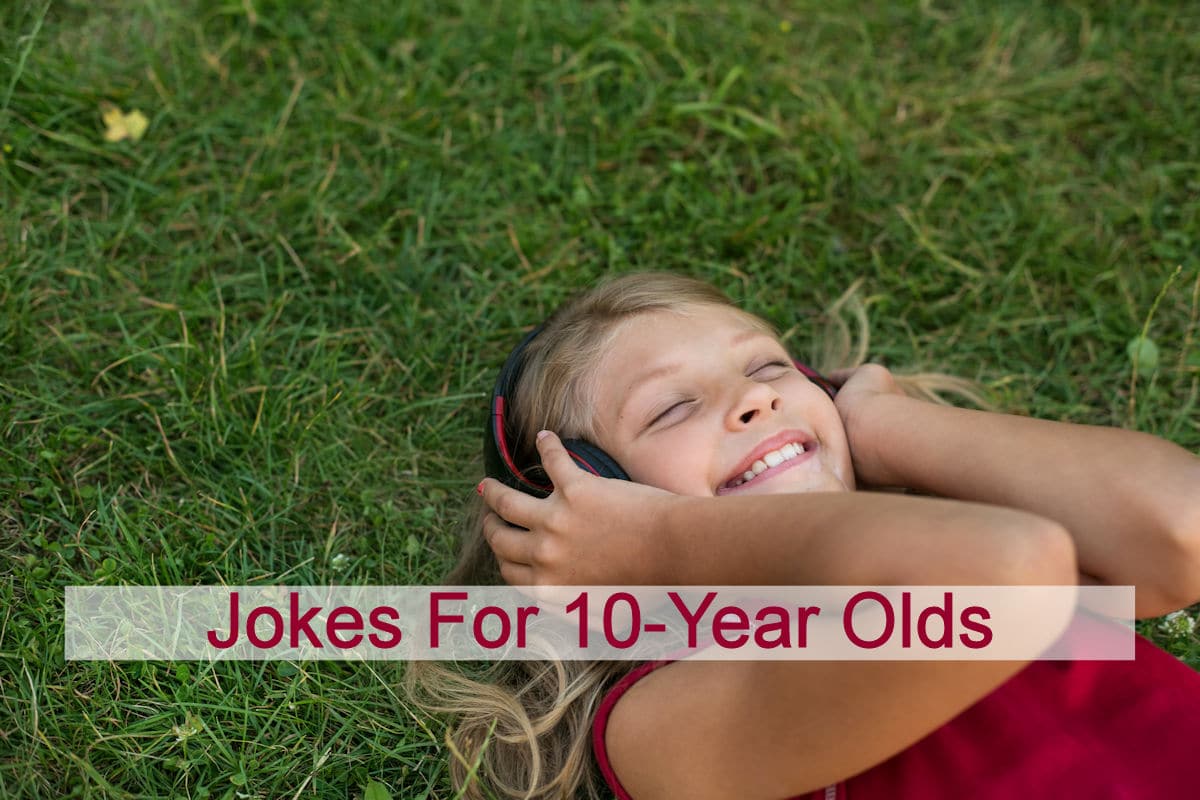 Kids enjoy a good joke, whether they are telling or hearing it as it makes life fun and interesting.

Teaching your child jokes or simply joking around with them improves your bond and makes life extra enjoyable.

While children understand jokes at a young age, they are now ready to properly deliver a punchline improving many skills in the process.

Every kid enjoys learning new jokes and then telling them to their friends and relatives.

Meanwhile, parent appreciates having a treasure trove of humorous jokes to throw out to their kids!

Whether your child is in a happy, goofy, or sad, share one of these jokes with them to brighten their day! We found a variety of jokes, puns, and riddles to help.

Because they make everything up. 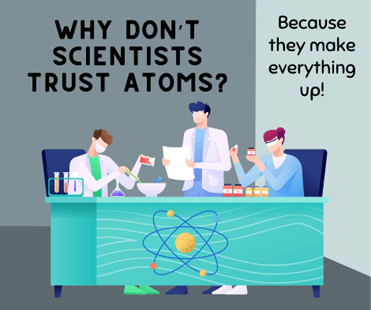 What do you call a dinosaur with an extensive vocabulary? 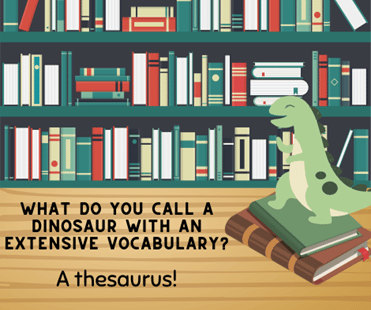 What gives you the power to walk through walls? 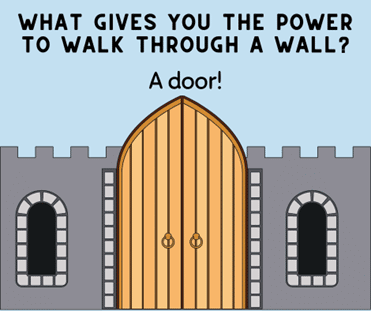 Why was the politician out of breath?

He was running for office. 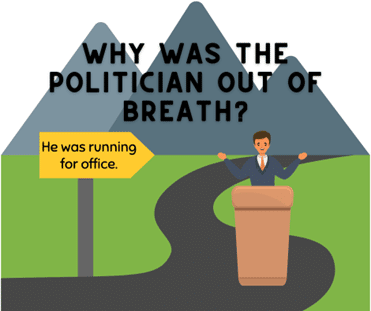 Why did the fastest cat in class get kicked out of school?

He was a cheetah. 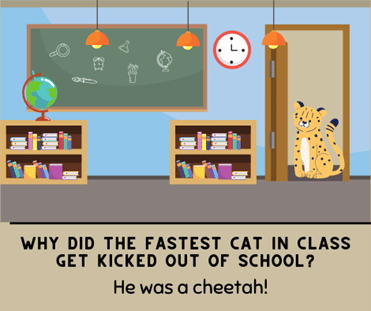 Need some laughs from kids a little older? Try these jokes for eleven year old kids – they can get the toughest kid to crack a smile.

After a train crashed, every single person died. Who survived?

All of the couples.

What do you call an elephant that doesn’t matter?

What do you call a line of rabbits jumping backwards?

Did you hear about the mathematician who’s afraid of negative numbers?

He’ll stop at nothing to avoid them!

What did the bunny say to the carrot?

It’s been nice gnawing you!

Did you hear about the rancher who had 97 cows in his field?

Why did the quarterback take the hardest classes?

Because he knew he would pass.

Because he wanted to go into a different field!

Why was the princess at the dentist’s office?

Because she broke her crown.

Did you hear about the two people who stole a calendar?

They each got six months.

What did the DNA say to the other DNA?

Do these genes makes me look fat?

How much does it cost a pirate to get his ears pierced?

About a buck an ear.

What building in New York has the most stories?

Why shouldn’t you be scared of what you get when you cross a computer with a dog?

Its bark is worse than its byte.

Why did the computer go to the opticians?

It needed to improve its web-sight.

What do you call the woman who married the internet?

How do you know a dog is calling you?

Why do pirates make such good singers?

Because they hit the high C’s!

What did the lawyer name his daughter?

What do you call an underwater spy?

Because they have two left feet!

Why do Norwegian ships come with barcodes?

So when they return to port they can Scandanavian.

I keep getting emails about canned meat, it’s all Spam.

Jack and Jill went up the hill… to get better WiFi.

If you steal my computer, I’ll find you. You have my Word.

I wish I could be a doctor, but I don’t have the patients.

My new girlfriend works at the zoo. I think she’s a keeper.

I asked a French man if he played video games. He said Wii!

I can’t believe I got fired from the calendar factory. All I did was take a day off.

We dressed up as almonds for Halloween. Everyone thought we were nuts.

I stayed up all night to see where the sun went. Then it dawned on me.

There was a kidnapping at school yesterday. Don’t worry though — he woke up!

If you see an Apple Store get robbed, does that make you an iWitness?

I wrote a song about a tortilla. Actually, it’s more of a wrap.

Why was the will so obvious? It was a dead giveaway.

What do you call an owl magician? Hoodini.

I’ve just been on a once-in-a-lifetime holiday.

I’ll tell you what, never again.

I have a speed bump phobia but I’m slowly getting over it.

When it comes to cosmetic surgery, a lot of people turn their noses up.

Don’t drink with ghosts, they can’t handle their boos.

A kid threw a lump of cheddar at me. I thought “That’s not very mature”.

I hate Russian dolls. They’re so full of themselves.

I hated my job as an origami teacher. Too much paperwork.

I’m reading a horror story in braille. Something bad is about to happen, I can feel it.

Railroad crossing, watch out for cars, can you spell that without any R’s?

Light as a feather, there’s nothing in it, but the strongest man can’t hold it much more than a minute.

I can rush, I can be hot, I can be cold, I can be hard, I can slip through anything. What am I?

I am a tunnel, a shortcut that connects places across space and time. What am I?

Two fathers and two sons sit down for breakfast. They eat exactly three eggs, and yet each person ate an egg. How?

One father is a grandfather, and therefore only eats one egg.

What has four eyes but can’t see?

Where can you find cities, towns, shops, and streets but no people?