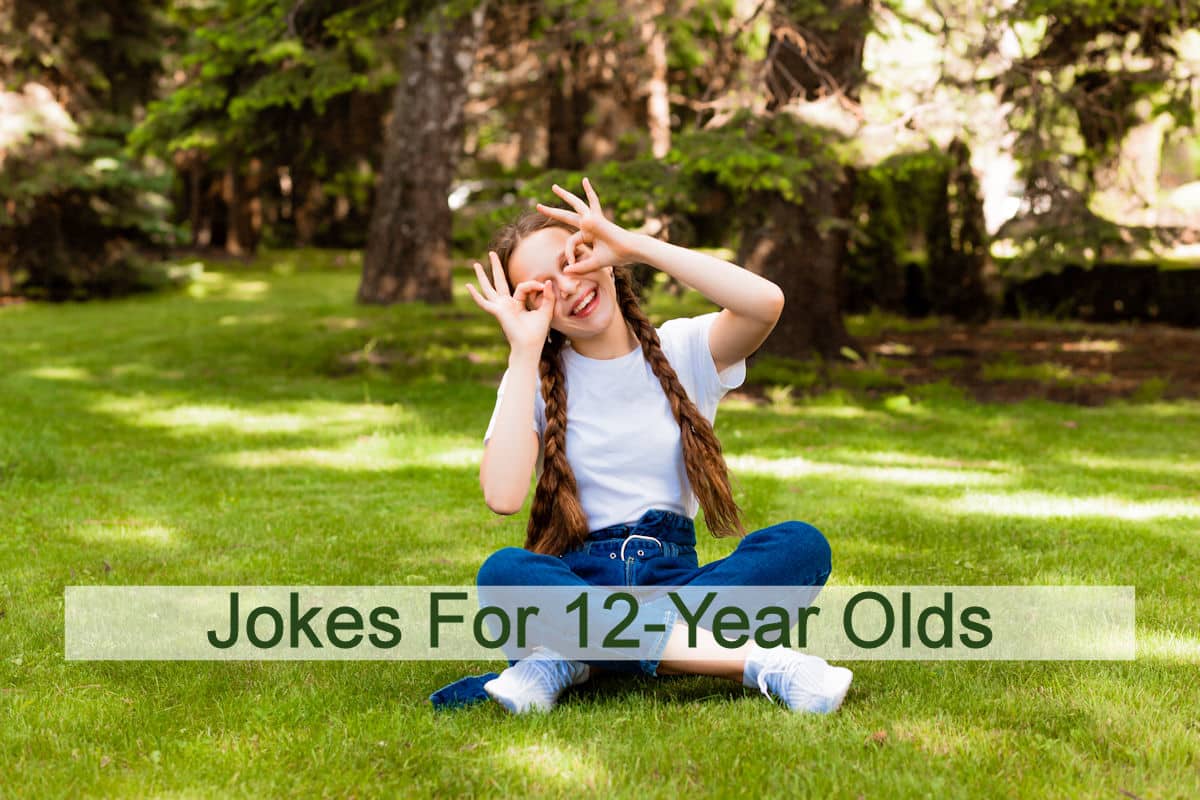 If you have a tween that enjoys cracking a good joke, here is some new fuel for their humor fire. Naturally, they will want to tell you the jokes repeatedly because they are so funny. Thankfully, their jokes are approaching humorous enough for teens and adults, although some will still cause groans!

However, it will be a challenge to keep elder siblings from interfering with the punchline. There is no sadder expression on a tween’s face than that of a tween who has been robbed of a punchline. So just act as if you had never heard any of these before to spur on their fun and keep laughter alive in your home.

Which rock group has four guys who can’t sing or play instruments? 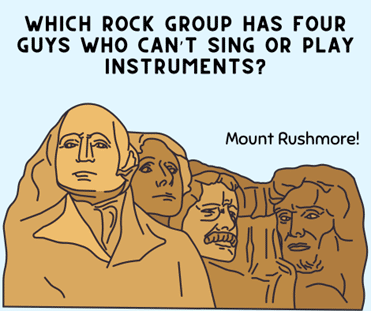 What did the tornado say to the sports car?

Want to go for a spin? 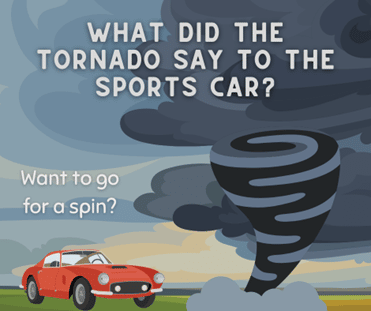 Anyone know any jokes about sodium? 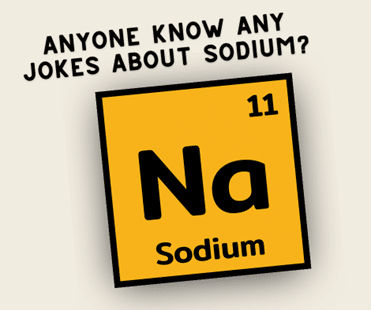 What do dentists call X-rays? 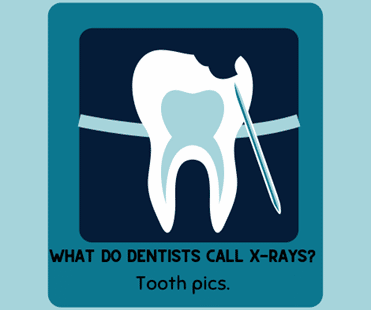 Why did the doctor take a red pen to work?

In case she wanted to draw blood. 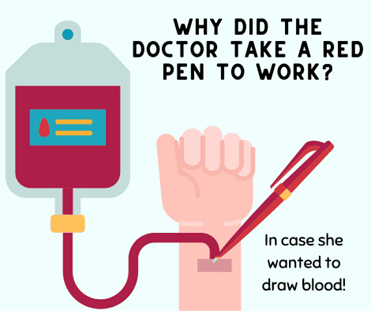 How do celebrities stay cool?

They have lots of fans.

Why was the birthday cake as hard as a rock?

Because it was marble cake!

Which type of traveler is the most calm?

What lights up a soccer stadium?

Where do pepperonis go on vacation?

The Leaning Tower of Pizza.

What should you call an average potato?

Where does bad light end up?

Whatever happened to the cow that was lifted into the air by the tornado?

Let’s just say it was an udder disaster.

Why did the boy feel warm on his birthday?

Because people kept toasting him!

Why are birthdays good for you?

People who have the most live the longest.

What does a clam do on his birthday?

What is the opposite of a cold front?

What did one raindrop say to the other?

What type of humor does a dust storm have?

A very dry sense of humor.

What bow can’t be tied?

I warned him about starting his own ski resort.

Did you hear about the guy who got hit in the head with a can of soda?

He was lucky it was a soft drink!

“Are you free tomorrow?”

How did the bullet lose its job?

Want to hear a roof joke?

The first one’s on the house.

What do you call a cow with a twitch?

How does a vampire start a letter?

Tomb it may concern…

What did the limestone say to the geologist?

Don’t take me for granite!

Did you know French Fries weren’t actually made in France?

They were made in Greece.

Did you hear about the claustrophobic astronaut?

He just needed a little space.

What’s made of leather and sounds like a sneeze?

Did I tell you the time I fell in love during a backflip?

I was heels over head!

Did you hear about the bacon cheeseburger who couldn’t stop telling jokes?

It was on a roll.

Why do cats make good soldiers?

Because they have 9 lives

How do you talk to a giant?

Why did the giraffes get bad grades?

She had her head in the clouds.

Why do trees seem suspicious on sunny days?

They just seem a little shady!

One Liner Jokes For 12-Year Olds

R.I.P boiled water. You will be mist.

I decided to sell my vacuum cleaner—it was just gathering dust!

I wouldn’t buy anything with velcro. It’s a total rip-off.

A cheese factory exploded in France. Da brie is everywhere!

If two vegans get in a fight, is it still considered a beef?

I’m done being a people pleaser. If everyone’s ok with that.

Somebody stole all my lamps….And I couldn’t be more de-lighted!

I’m reading a book about anti-gravity. It’s impossible to put down!

The past, the present, and the future walk into a bar. It was tense!

Yesterday a clown held a door open for me. I thought it was a nice jester.

Why did the can crusher quit his job? Because it was soda pressing.

Apple is designing a new automatic car. But they’re having trouble installing Windows!

I’m glad I know sign language. It can come in pretty handy!

I wanted to take pictures of the fog this morning…But I mist my chance. I guess I could dew it tomorrow!

I can’t believe I got fired from the calendar factory. All I did was take a day off!

I started a new job as a tailor last week. It’s been sew-sew.

I wasn’t originally going to get a brain transplant, but then I changed my mind.

I had a job tying sausages together, but I couldn’t make ends meet.

I have no doors but I have keys, I have no rooms but I do have a space, you can enter but you can never leave. What am I?

Name three days consecutively where none of the seven days of the week appear.

We are two brothers on opposite sides of the road, but we never see each other.

Who are we?
Eyes.

I fly around all day but never go anywhere. What am I?

I have no sword, I have no spear, yet rule a horde which many fear, my soldiers fight with a wicked sting, I rule with might, yet am no king. What am I?