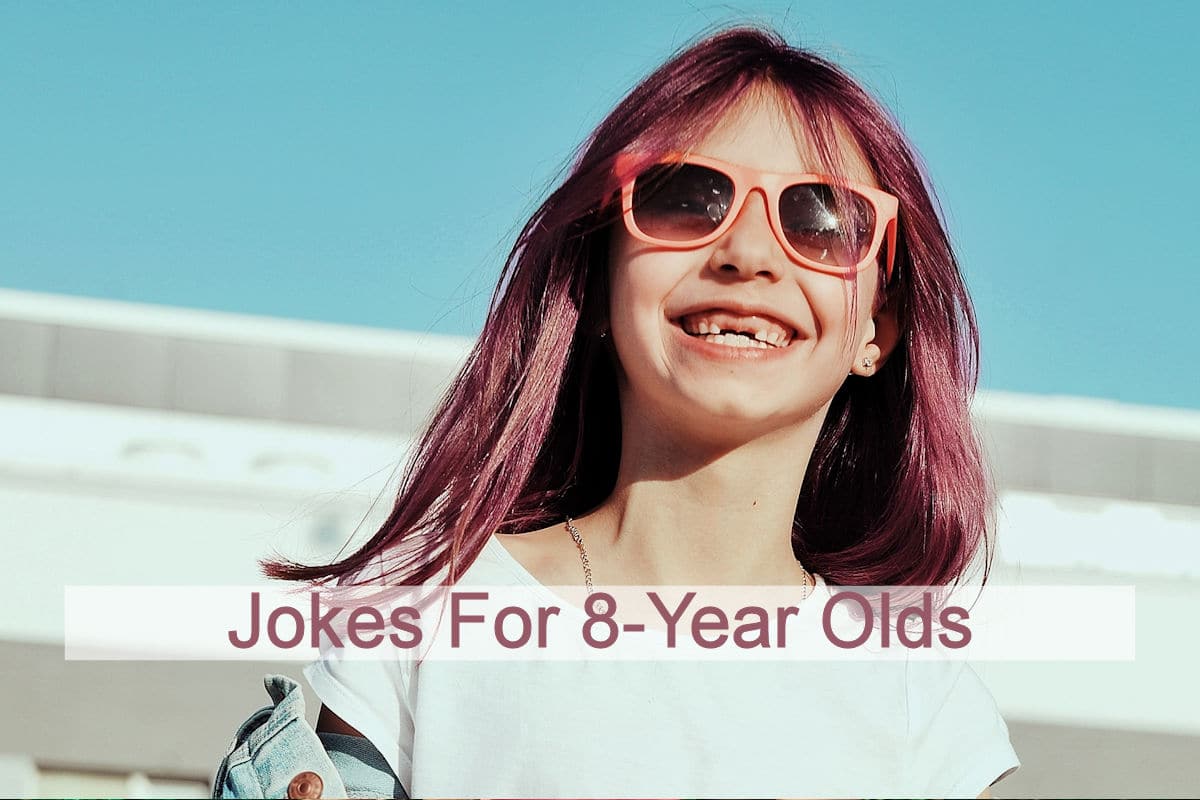 Good news! Most eight-year-olds are done with knock-knock jokes and ready to move on to punny fun.

Puns can help to improve a child’s sense of humor and help them see life can be funny without a punch line. Vocabulary classes might be tedious at times, but introducing puns for kids livens them up and helps youngsters learn while having fun.

Humor helps people cope with stress and can prevent kids from anxiety and despair. Bring laughter to your household with the best puns and jokes ready to have everyone rolling in laughter!

What washes up on tiny oceans? 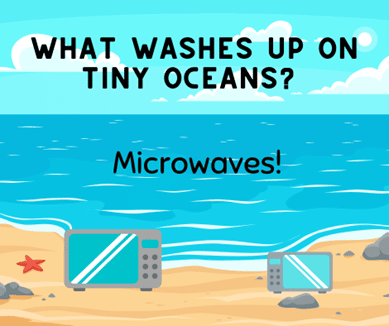 Why was the math book sad?

Because it had so many problems. 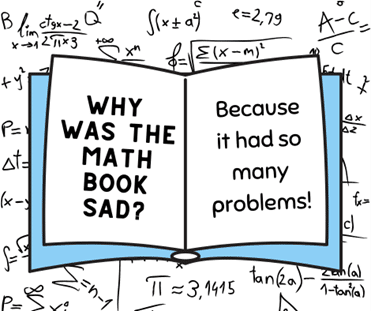 What kind of cats love bowling?

I tried to convince my family that if the cows are out in the pasture it pasteurized milk. 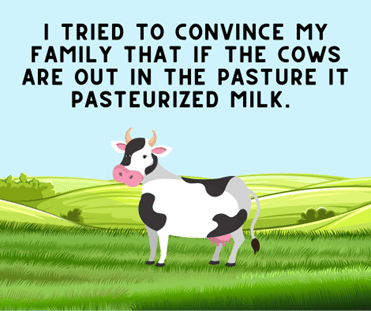 Are your kids ready for a little bit older material? Give these jokes for nine year old kids a chance – they might crack some new smiles.

What is a computer’s favorite snack?

What does a baby computer call his father?

Why are oysters greedy?

Where do pencils go on vacation?

What does the Queen do when she burps?

She issues a royal pardon.

What does Steve Jobs like to order from McDonald’s?

What’s the worst thing about throwing a party in space?

You have to planet.

How do you know when the moon has had enough to eat?

Why did the policeman go to the baseball game?

He’d heard that someone had stolen a base!

Why did the student eat his homework?

Because his teacher told him it was a piece of cake!

Why did the egg get thrown out of class?

Because he kept telling yolks!

What did one penny say to another penny?

What musical instrument is found in the bathroom?

What are the strongest days of the week?

Saturday and Sunday. The rest are weak days.

How does a scientist freshen their breath?

What happens when the clock strikes 13?

Time to get a new clock

What did the reporter say to the ice cream?

How do you make an artichoke?

What did the lettuce say to the celery?

What school subject is the fruitiest?

History because it is full of dates!

Why did the tomato blush?

Because it saw the salad dressing.

A coconut on vacation!

What is the spider such a good computer programmer?

It knows all about the web.

How does a computer eat computer chips?

How do trees get on computers?

Why did the duck put his feet in the computer?

How did people know Bill Gates farted at Apple HQ?

There was no Windows.

What do you get when you cross a computer with a crocodile?

Why did WiFi marry the computer?

They had a connection.

Why does the cat sit on the computer?

To keep an eye on the mouse.

What did the computer do at lunchtime?

What do you call an army of babies?

What did the mama cow say to the calf?

Why was the broom late for school?

What did the Dalmatian say after lunch?

That hit the spot!

What did the limestone say to the geologist?

Don’t take me for granite!

What do you call a thieving alligator?

What day do chickens fear the most?

Why did the book join the police?

He wanted to go undercover!

What did Mars say to Saturn?

Give me a ring sometime.

What do you get when you plant kisses?

What did the coach say to the broken vending machine?

I want my quarter back!

Why did the basketball player bring his suitcase to the game?

Because he traveled a lot!

What did the baseball glove say to the ball?

What did the microwave say to the other microwave?

Is it just me? Or is it really hot in here?

What did the sink say to the toilet?

Did you hear the joke about the little mountain?

What do you call a man with a large flat fish on his head?

How did the yeti feel when he had flu?

What is it called when a cat wins a dog show?

What do you call an exploding monkey?

What do you call a bee that can’t make up its mind?

What begins with T, finishes with T, and has T in it?

You bought me for dinner but never eat me. What am I?

What is the richest nut?

A book just fell on my head. I only have myshelf to blame.

I’m great friends with 25 letters of the alphabet. I don’t know Y.

I have a friend whose bakery burned down last night. Now his business is toast.

I lost my mood ring the other day. I’m not sure how I feel about it.

I don’t trust staircases. They’re always up to something.

Geology rocks, but geography is where it’s at!

That dolphin is so rude, but it doesn’t do it on porpoise.

Pigs are no fun to hang around. They’re just a boar.

Would a cardboard belt be a waist of paper?

Did you know taller people sleep longer in bed?

Don’t you hate it when someone answers their own questions? I do.

My brother and I often laugh about how competitive we are. But I laugh more.